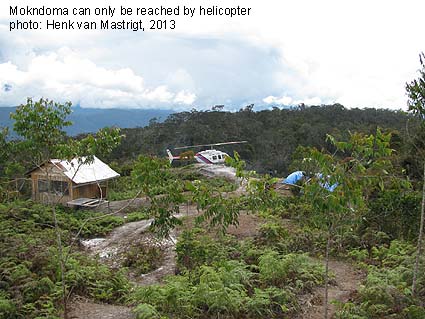 The Sudirman Mountains or Snow Mountains (former Nassau Mountains) are the highest mountains of New Guinea, with Mount Jaya (Mount Carstensz) as the highest peak (5030 meter). Jan Carstensz spotted the snow on this mountain as early as 1623 when sailing along the south coast, but his story was not believed in Europe. Later, in respect of his discovery, the mountain was named after him. The high mountains also attracted many expeditions to conquer the steep and difficult slopes, many times without success. There was even a real "race to the snow" when several expeditions were attempting to climb the mountains in the same period. The mountains itself may be interesting for alpinists, but for biologist the lower altitudes are more interesting, since hardly any animals or plants live at these high altitudes. Apart from political, geological and geografical expeditions there were some biological surveys in the Snow Mountains. The most important expedition with the best results so far has been undertaken in 1912 by A.F.R. Wollaston for the British Ornithological Union, also known as the Wollaston Expedition.

South of the Snow Mountains is the Lorentz Reserve, a wide national park in which the World Wildlife Fund is active with biological reasearch. Close to this protected area, in the west, is the famous Freeport copper mine in Tembagapura. The mining of copper in this area is devastating for nature, the landscape and the local people. The area around Timika shows a desolate scenery with dying forests and poisoned rivers. Polution, destruction and corruption are three examples of ingredients we don't need in Papua and certainly not near a protected area. It is out of our scope to discuss this in detail, but it certainly has influence on the results of our research for biodiversity hotspots. 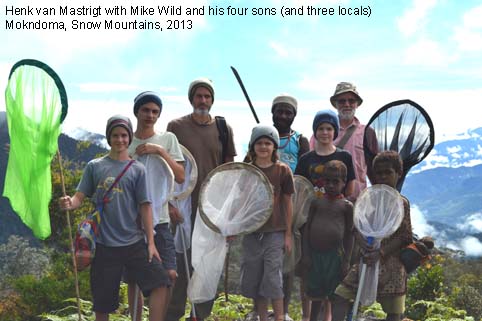 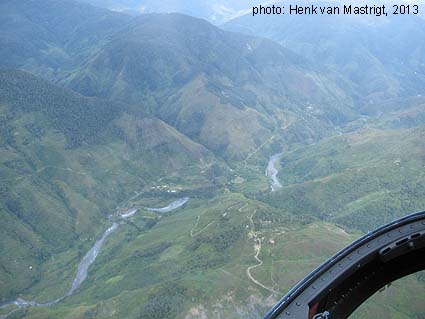